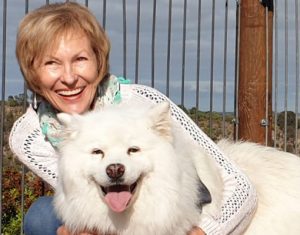 Botanical art is a scientifically accurate depiction of a plant that is also aesthetically pleasing and is achieved by combining finely observed detail with artistic expression. In this course, students will acquire skills to accurately represent plants with the use of observation and attention to detail. They will examine various methods to create highlights, depth and texture to capture the interesting and intricate structures of Australian native flora. The first day will focus on selecting a specimen to illustrate and how to translate that specimen into a pencil drawing. The discussion will centre around composition, form and understanding the basic structure of plants. The following day will concentrate on transferring the pencil drawing onto watercolour paper. Various painting techniques will be explored to gradually develop the illustration into a beautiful work of art. Open to all comers 18 years and over.

Halina Steele was inspired by a book written by a renowned UK botanical illustrator; Halina took up watercolours. Her love of nature and gardening motivated her to undertake workshops in wildlife and botanical illustration. With her paintings, Halina endeavours to capture the vibrancy of nature, the various interesting textures and the intricate and complex structures of flora and fauna. Being passionate about nature, she constantly finds inspiration wherever she looks. Halina loves Australian native flora and fauna for its uniqueness and diversity and has developed a strong focus on the environment, especially the conservation of rare and endangered flora and fauna. She has painted several rare and endangered species including Eucalyptus recurva, Hakea pulvinifera, Hibiscus insularis and Grevillea iaspicula. Halina has exhibited in Canberra, Sydney, Melbourne, the UK and USA. She was one of 40 Australian artists whose work appeared in both an online exhibition and the catalogue, Flora of Australia: A Botanical Art Worldwide Exhibition which was held in Canberra in 2018. In May 2015, Halina was awarded a Gold Medal by the Royal Horticultural Society (RHS) Malvern UK and Best Botanical Art Exhibit for a series of six Australian Eucalyptus Mallees. In addition, the RHS purchased one of these works (Eucalyptus recurva) for their permanent collection at the Lindley Library London and the image appears in the publication, RHS Botanical Illustration: The Gold Medal Winners. In July 2007, Halina was invited to become a member of the Florilegium Society at the RBGSyd Inc (Royal Botanic Gardens Sydney) resulting in one of her paintings being held in the permanent collection of the Botanic Gardens Trust, Sydney, NSW. This painting also appears in the book, The Florilegium: Royal Botanic Gardens Sydney Celebrating 200 Years. Halina was awarded a Silver Medal by the RHS London for a series of eight paintings depicting Australian Native Hibiscus in November 2004. She also had works accepted for the 12th International Exhibition of Botanical Art and Illustration at the Hunt Institute for Botanical Documentation in Pittsburgh, Pennsylvania, USA. These works now form part of the Institute’s permanent collection and appear in their catalogue for that exhibition. Halina is a member of the Friends of the ANBG Botanic Art Group (BAG), the Botanical Art Society of Australia (BASA), the American Society of Botanical Artists (ASBA) and the Wildlife Art Society of Australasia (WASA).